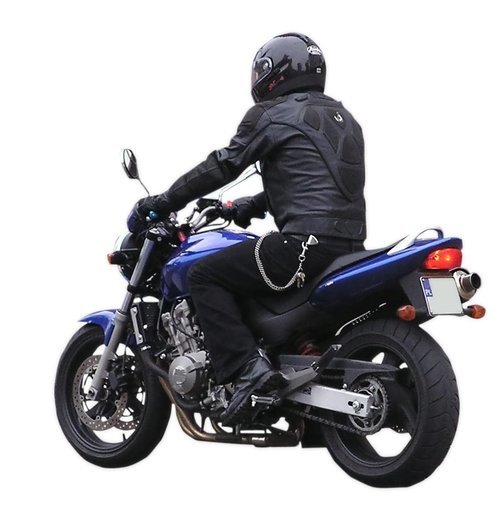 Motorcycle accidents are very common in the United States and very grave. Motorcyclists are 28 times more likely to die in a crash compared to a car’s occupants. But the good thing is that, with the appropriate gear, the chances of severe injuries are halved.

One of the most innovative safety technologies is airbag vests, which have been around for more than two decades. The latest models, for example, the autonomous electronic airbags, use high-tech sensors to detect when the rider is about to fall and deploy.

Unfortunately, the lower part of the body is largely left vulnerable. But thanks to new airbag jeans developed by a Swedish designer, Moses Shahrivar. The company, Airbag Inside Sweden AB, has designed the prototype of the super-strong jeans with hidden airbags.

These jeans work in the same way as airbag vests. When triggered during an accident, they inflate to maximum, cushioning the rider from the impact. An accident is not the end of the jeans. It can be deflated, refilled with gas, and returned for use.

As mentioned earlier, only the prototype is available at the moment. The company is currently seeking certification from the relevant authorities to have the jeans certified to the health and safety standards of Europe before embarking on commercial production.

Together with an airbag vest, the airbag jeans will drastically improve the safety of motorcyclists during accidents.

This is not the first time the designer, Moses Shahrivar, has designed motorcycle protective gear. His first jeans, tailored in conjunction with Harley-Davidson Sweden, were unveiled 16 years ago. The new airbag jeans are just an upgrade of the earlier motorcycle jeans.

With the years and funding pumped into research, Airbag Inside should be a hit. It’s only a matter of time before it hits the markets.